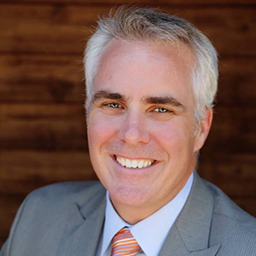 Attorney James R. Robertson received his Bachelor of Arts degree from the University of California at Santa Barbara in 1996.  He graduated from the University of California Hastings College of the Law in 1999 and was admitted to the California State Bar in December 1999.  Mr. Robertson has practiced almost exclusively in the area of civil litigation since 1999 and has tried multiple jury trials and bench trials.  Since 1999, Mr. Robertson has largely dedicated his practice to consumer warranty and fraud litigation, including claims under state and federal lemon law, automobile fraud, debt collection harassment cases, and Fair Credit Reporting Act claims.

In addition to his practice, Mr. Robertson participates in a number of local and state bar organizations.  He reports on Song-Beverly Consumer Warranty Act (“Lemon Law”) jury instructions for the Jury Instruction Committee of the Litigation Section of the State Bar of California.  Mr. Robertson is a member of the Consumer Attorneys of California, the Consumer Attorneys of San Diego, the American Trial Lawyers Association, the National Association of Consumer Attorneys, The San Bernardino County Bar, and the San Diego County Bar.  Mr.  Robertson is also involved in a number of philanthropic and charitable organizations and is currently serving on the Board of Directors for Crisis House of San Diego.  Mr. Robertson can be reached by email at james.robertson@bravolawgroup.com or by telephone at 858-300-1900, ext. 101.

Association of Trial Lawyers of America

How can we help you today?